The pandemic has underscored the urgent need for affordable, reliable high-speed internet access that millions of businesses are currently lacking. Broadband is a critical piece of infrastructure for municipalities to attract new capital investment, and to drive economic growth. So why has the gap between broadband infrastructure investment and access to connectivity persisted, and what solutions can we put forth to help cities create robust information services pipelines to bring broadband internet to more Americans?

Investment outside of major cities from telecommunication carriers offering broadband internet has been hampered by the requirement to share with competitors. Carriers have not had sufficient incentive to reach beyond the major metropolitan areas and big cities continue to grow in fiber connectivity density. This is leaving secondary and tertiary communities to struggle economically, due to limited efforts to attract new businesses because of insufficient internet infrastructure.

In addition, multiple carriers are usually demanded. As with electric service, reliability is heavily scrutinized to minimize the risk of being without service, especially for information-intensive operations like data centers. Sites with numerous providers are more attractive because competition will help drive down cost and improve transmission speeds and bandwidth.

Most small communities may have internet service. However, it is usually limited, provided by ILEC’s and/or CLEC’s (Incumbent Local Exchange Carrier and Commercial Local Exchange Carrier) pursuant to the 1996 Telecommunications Act, and initially intended for telephone services. These services are usually limited to a single carrier and by route diversity, bandwidth, and speed.

Some municipalities have invested in their own broadband to provide service to the private sector. Lake County, Florida began offering private businesses access to its publicly owned broadband networks in 2001, and by 2005, it experienced a doubling in economic activity relative to comparable Florida counties.

In December 2017, the Federal Communications Commission (FCC) voted to roll back the regulatory framework governing restoring the classification of broadband internet access service as an “information service” under Title I of the Communications Act. The FCC also reinstated the classification of mobile broadband internet access service as a private mobile service. These moves decoupled broadband from utility-based telecommunications regulation. The idea was to spur internet service provider (ISP) investment in networks and to encourage innovation, particularly among rural and underserved consumers.

Local governments are not allowed to restrict cell tower location or wireless transmission within their cities, and a city or state must provide equal access to any provider or public utility. Cities are now open to all providers without limit, and all utilities must share right of way, including pole attachments. Twenty-eight states have adopted new laws matching the FCC rules.

The term “utility” is defined as any local exchange carrier or an electric, gas, water, steam, or other public utility owning or controlling poles, ducts, conduits, or rights-of-way for any wire communications. However, the law does not include any railroad, any person (entity) that is cooperatively organized, or any person (entity) owned by the Federal or State Government.

This means that an entity can be created to provide an “information services” pipeline without falling into the heavily regulated utility category, which could freely use the rights-of-way already in place, as outlined above, and it would not have to share its pipeline with any other providers as long as it remains empty (not a broadband provider). This entity could then provide access to carriers at its discretion. Cities, in essence, take back control of their own right-of-way eliminated under the Small Cell Deployment laws.

Cities generally do not have the resources and wherewithal to put together a plan for this strategy, so Gensler has aligned with consultants and infrastructure investors to provide these communities with a packaged solution.

The Opportunity Upon Us

Utilizing intermodal rail or electrical cooperative rights-of-way, we can create an “information pipeline,” organized as a municipal cooperative to carry broadband services to secondary and tertiary cities with fiberoptic networks. These networks function best if they’re looped. Ideally, several communities would participate in the cost and benefits of the outer loop to return to the interior metro loops around their large city neighbors.

Gensler has developed a team to design and manage the implementation of this “pipeline” and to approach cities with a fully developed solution that includes costs and probable forward-looking economic benefits, potential broadband partners, and facility operators and P3 investors.

These strategic steps will allow secondary and tertiary communities greater opportunities to effectively “catch up” to the infrastructure larger cities now have available, through expanded accessibility to broadband fiber. This will give smaller municipalities the chance to increase their prospects of successfully attracting new mainstream corporations, which in turn, leads to economic growth. 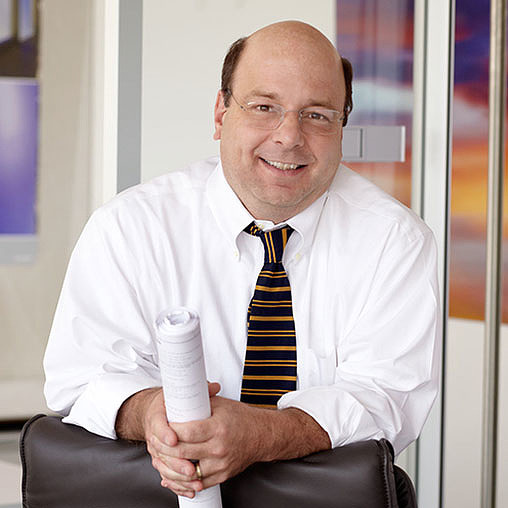 All Posts
Brion Sargent
Brion, AIA, is a Regional Critical Facilities Practice Area Leader for Gensler’s South Central region. Brion has more than 40 years of experience and a deep portfolio of projects. His distinguished career includes delivering a variety of project types that are singularly focused on supporting the client’s critical business needs. These may include data centers, network operations centers, or e-commerce and logistic facilities. Brion’s work often involves repositioning existing properties and creating a rapid delivery model to allow these facilities to open in the fastest possible time period. He also provides strategy development to reduce the maze of local development restrictions and to streamline the entitlement process. Brion is based in Dallas. Contact him at .
Want more of Gensler’s design insights?
Sign up for our dialogue newsletters to get regular
updates sent directly to your inbox.
Follow us on Social Media