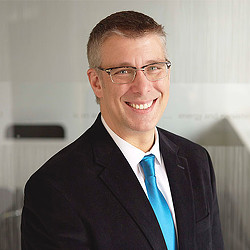 Full Bio All Posts
Erik Lustgarten
A global leader in Gensler’s Sciences practice, Erik applies his deep understanding of the technical challenges faced by science organizations to design creative research environments for Higher Education clients and companies such as Novartis and GlaxoSmithKline. He is based in Boston. Contact him at .
Want more of Gensler’s design insights?
Sign up for our dialogue newsletters to get regular
updates sent directly to your inbox.
Follow us on Social Media