As American cities shut down to slow the spread of COVID, car traffic across the country dropped by an average of 70% at one point. All those quiet roads opened the door for municipalities to tap into the Safe Streets (or Slow Streets) ethos and rethink how their many miles of pavement could be redesigned for additional or new uses.

Some jurisdictions closed a number of streets entirely to vehicular traffic, allowing pedestrians to take over and restaurants to spill outside. Some also added new bike lanes, helping in part to spur the 121% boom in adult bike sales during the pandemic. Many cities are thinking about making these modifications permanent.

While these efforts are well-intentioned, they fail to address one basic question: Safe for whom? So far, many Safe Streets initiatives are unfolding in well-capitalized and majority-white areas that feature restaurants, shops, parks, and other cultural and leisure activities. Too often, communities of color have not been part of the equation. Architects and designers have an opportunity to change that dynamic by understanding the flow of resources, enabling more inclusive engagement and participation, and capturing measurements for success.

Some cities, however, such as Oakland, have acknowledged their earlier missteps and attempted to broaden the scope of their initiative to include neighborhoods that were previously left out. But to make maximum impact, cities must commit to meaningful engagement with these communities throughout the design process to understand their deeper needs.

As we’ve seen in the age of COVID, different populations have different health, safety, and wellness concerns and outcomes. In many of our biggest cities, COVID is affecting people of color at a far greater rate — five to seven times greater in some instances — than the white population.

Part of the reason for these elevated rates is due to the economic and physical space that people of color occupy, with a disproportionate number serving as essential workers and residing in disinvested communities. In these communities, decades of poor design practices, lending standards, and public policies led to redlining, food deserts, inadequate mobility options, and urban heat islands. These issues, and a host of others, produce negative health, economic, and quality-of-life issues for Black and Brown people.

Even more disturbing, the difference in health and safety needs between communities has been further underscored by the killings of George Floyd, Elijah McClain, Breonna Taylor, and numerous other Blacks who were simply going about their daily business within an urban context.

Even before the pandemic and recent civil unrest, it was clear that communities of color were struggling with urban health, safety, and wellness issues. For example, Black, Indigenous, and Latinx pedestrians are struck and killed by vehicles at a significantly higher rate than the rest of the population. A major reason for these alarming death rates is the lack of investment in public infrastructure in low-income areas, where a disproportionately high number of minorities reside. In fact, some people of color in low-income communities have grown tired of waiting for the city to act. These concerned citizens have resorted to DIY street improvements, such as painting crosswalks in areas that have seen pedestrian fatalities.

Thus, it is clear that we cannot talk about Safe Streets without also talking about race. For many people of color, safety means being outside without having to deal with the environmental issues that lead to poor health outcomes and make us more susceptible to the effects of diseases like COVID. It also means simply being able to navigate streets without having to worry about the threat of violence or death.

To address these issues, an industry that is notorious for its lack of diversity — just two percent of licensed architects are black — will have to better engage with communities of color.

To do this, here are three key areas that architects, planners, designers, and community leaders can investigate:

1. Understand the Flow of Resources

For Slow Streets initiatives to become more equitable, we need a better understanding of the flow of resources. How is funding collected? How is it allocated? How are investment priorities identified? Who decides which neighborhoods get investment and what kind of investment? As participants in the process, or as civic advocates, we must take a critical look at access and allocation of resources as well as the accountability structures that govern them. We must recognize where DIY interventions are already taking place and add capacity to existing efforts. This will ensure inclusivity and relevance of outcomes for those whom are meant to benefit.

Connecting with the community is a necessary part of a plan to bring in local voices but bringing Black voices and people of color into the conversation isn’t enough. There must be deep understanding of the power dynamics inherent in the process and the structure of decision making. A successful process should ensure neighborhood agency to set priorities and make decisions about the solutions and interventions that truly address the community’s challenges and reflect their unique perspective. In fact, neighborhood voices should take priority in the decision-making process. As design agents engaged in these sorts of efforts, we must recognize when to step aside to let these voices come forward.

Greater connectivity and accessibility within neighborhoods, access to safe green spaces, and the ability to feel physically safe walking around and spending time outside are basic needs desired by any community resident. As we define success for these projects, we must think in the near term and long term to understand the holistic impacts of Slow Streets and public realm improvements efforts. For example, creating better access to public transit can provide greater opportunity for residents, but it can also beget gentrification. Minor improvements can open the door to private investment, but these efforts must also build local organizing capacity that can push for broader civic policies that limit displacement in the long-term.

We see this kind of collaborative partnership at work in two projects — Baltimore’s Southwest Partnership and Eager Park. Both represent the type of community engagement the Slow Streets movement needs, and both have had the type of outcomes Slow Streets is seeking.

For Baltimore’s Southwest Partnership we ran an “analog hackathon” with our friends at the Neighborhood Design Center and Impact Hub. Participants’ needs ranged from a community garden to a block-captain program. Unlike traditional planning projects, residents led with their own ideas, acting as co-creators with strangers and neighbors to create tangible projects connecting, collaborating, and learning from each and building capacity for the community. Projects received small micro grants to help implement their ideas.

Community engagement was also critical for Eager Park, a five-and-a-half acre public space in East Baltimore that serves as a recreational hub between a new BioPark, the Johns Hopkins medical campus, and the neighboring community. Gensler’s outreach comprised stakeholder and public meetings, social media campaigns, neighborhood walking groups, and interactive community visioning sessions. These became the ingredients at a local scale for more engagement around the long-term use of their neighborhood park.

We measure success by the diversity of users we see in the park every day: Johns Hopkins graduate students playing frisbee alongside families that have lived in this neighborhood for decades, next to local seniors planting in the community garden. For communities mired in historic divides and inequities, these small victories speak to the long-term goals and the importance of designing opportunities for trust building into both the process and project.

To truly design for inclusivity and equity in the Slow Streets movement, we need to first address inequities in our communities, while also reframing what true community engagement means. From there, we can create new methods for resource allocation that find new spaces for co-creation, decision making, and prioritization. Only then can we create meaningful, measurable solutions that will bring lasting change. 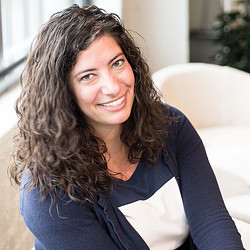