Work has become one use among many in cities and suburbs as they embrace the new model—compact, walkable mixed-use centers. Demographic forces are shaping the urban center revival: Baby Boomers want to downsize and stay active, Millennials crave an urban lifestyle, and everyone prefers a work-life-leisure mix rather than a long commute from one boring place to another. But work activates the scene—it’s not going away.

If Tysons Corner aims to become a real community, Playa Vista is doing so without the benefit of a transit connection. Located between Venice and Culver City, Playa Vista was originally planned to have a walkable core and a mix of single- and multi-family housing. It’s emerged as a tech magnet: companies like Facebook, Google, Microsoft, along with USC’s Institute for Creative Technologies are there, for example. A balmy climate and ample open space, including protected wetlands, add to Playa Vista's appeal.

Playa Vista is fast filling up with stores and amenities to serve its growing population. The wetlands act as a natural constraint, pushing growth away from the beach.

At Playa Jefferson, a bright makeover of a dated office park that strikes a fun, casual tone reminiscent of West LA’s bungalow neighborhoods, Gensler blew out an enclosed atrium to give the complex an open-air gathering place — the kind of year-round outdoor socializing-and-play space at which West LA excels. Gensler also refreshed Latitude 34, a 2009 building that wasn’t leasing up, despite huge, flexible floor plates, ample parking, and great location. The problem was image, says Gensler Principal Olivier Sommerhalder, who notes that a sealed-up office building with a logo on top “isn’t a place where young tech workers would bring their families and friends.” Tech and media in West LA are casual and social. Workers keep their own hours. The designers punched lime-green openings in the façades, installed garage-style doors on the ground floor so people can step out to an adjoining patio, and made a feature of new outdoor stairs. “They want that lifestyle,” he says. “The building is now very desirable.”

Playa Vista has to maintain the right balance among housing, workplace, and the uses each attracts. If tech and media opt for their own amenities, they could starve those that serve the community, sapping the vitality that makes it so attractive. 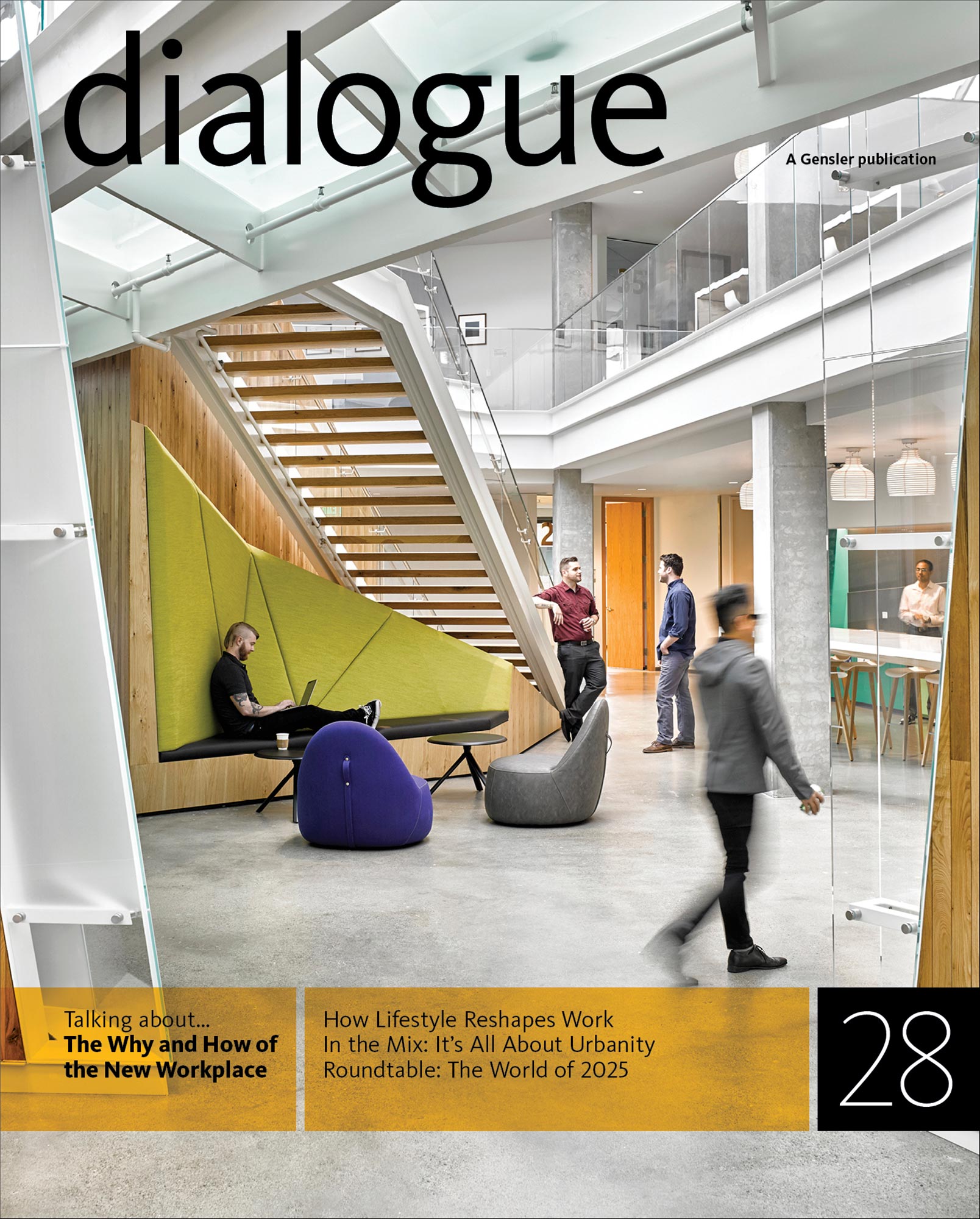