In the South, increasingly destructive and intense hurricanes are becoming more prevalent, as are wildfires on the West coast, and sub-zero temperatures in the North. These climate-related events challenge our infrastructure and our resilience as a nation, as states, cities, and communities. As we reexamine how we can manage our way of life to respond to extreme weather events, there’s perhaps no bigger reminder of how critical resilience is than the recent arctic freeze in Texas, where power and water outages impacting millions demonstrated just how vulnerable the state’s electrical grid and water infrastructure has become.

Low-income, historically marginalized communities were among the hardest hit by the Texas storm, with many losing power, heat, and water, coupled with rising utility bills. The freeze exacerbated preexisting disparities, such as poor infrastructure, that these communities were already facing.

In a recent blog post, Gensler’s Global Design Resilience co-Leader Rives Taylor wrote about the Texas weather crisis, and the importance of resilience across scales — from the city scale, to our own individual responsibility.

The events in Texas are a precursor. Across the U.S., many of the electric grids are extremely large, and when they go down the impact is vast and widespread. There are several suggestions to address this challenge, including the return of smaller grids, and a better execution of the energy transformation shift from fossil fuels to green energy. However, implementing such sweeping, large-scale changes are not as easy as flipping a switch, and doing so will take a community of energy producers who can support and sustain the grid in times of crisis — natural or man-made.

Resilience is about adapting quickly. We heavily rely on the macro grid and supply chains for our energy use. In times of adversity, when these macro grids fail, a back-up plan is needed that can be managed at a smaller scale. When energy generation and distribution are challenged, how can the equity of its use be managed?

Here are five considerations that can help evolve our power system to be more equitable and resilient:

1. Smaller, localized grids — Think of the 20-minute neighborhood concept, in which residents’ needs — from housing to school and work and leisure activities — can all be found within a 20-minute walk or short bike ride from their homes. Relating this to energy, a smaller grid system that can generate power for a community or neighborhood allows for localized management and maintenance. Local codes and guidelines could help reduce the demand of power and stress on the localized grid, while also improving equity. Examples include solar power, at either on commercial buildings or incorporated into a residence; wind-generated power, depending on location; and nuclear power, which can be accommodated from existing and next-generation plants.

2. Battery storage — With the recent loss of power for many residents in Texas, battery power would have allowed for people to make plans or enact strategies to get through a known or unknown period of power loss. Battery storage allows for the collection of power being generated from passive strategies that can sustain communities until the grid is active again. Currently, this is a commercial building solution with limited residential use, such as Tesla’s home batteries. Tesla recently revealed that a utility sized battery is under development/ construction just outside of Houston. With this, we see the use of batteries being expanded to the utility scale, as well as becoming more common at the residential level.

3. Community-minded energy strategies — We are all a part of a community where we come together and help each other in times of crisis. In Texas, citizens were called to lower their thermostats during the recent record freeze. The strain on the power grid became too great when the loss of power production became critical. This resulted in portions of the grid failing and other areas being shut down while central business districts were burning brightly. Though there are many opportunities to reduce energy consumption on a day-to-day basis, in severe times, there needs to be a plan to greatly reduce the impact on the grid while maintaining critical facilities.

4. On-site generation — Generators driven by diesel or gas that depend on the supply chain are an important consideration for emergency use and resilience. They allow for people and communities to sustain themselves until a situation has been resolved. Solar power generation is another option that provides for reliable generation in times of crisis, but only during sun shining days. The next generation of photovoltaics promises to work under low light levels and even power from artificial light emission.

5. Passive strategies — These strategies take advantage of gravity and daylight, good insulation, and passive ventilation. In Texas, newer homes that had improved insulation and energy-efficient windows allowed for an increased tolerance without heat/power. Many older homes with pipes above the insulation in attics suffered from the greatest number of pipe bursts. Solar and wind are also a part of the passive strategies for energy production.

Other than having a resilient grid and energy production, there are many reasons to protect and supplement the grid. Utilizing the strategies above, here are some ways that resilient power can alleviate negative impacts in times of stress:

As the Energy sector transforms to address aging infrastructure and decarbonization, this transformation must take into account the inequities among low-income communities who might lack the resources to withstand or rebound after crises. We must determine how we can produce a more resilient, equitable power system that benefits everyone, regardless of income or geography. 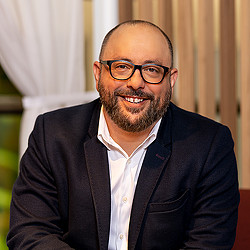 Full Bio All Posts
Vince Flickinger
Vince is a global leader in Gensler’s Energy practice who brings over 20 years of experience in a broad range of project types and roles. His depth of knowledge in corporate workplace design and his involvement in all phases of projects — from design to construction administration — gives him a unique perspective that allows him to help deliver successful projects. He is based in Houston. Contact him at . 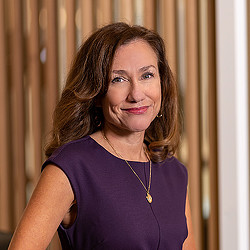 Full Bio All Posts
Catherine Black McCluan
Catherine is a global leader of Gensler’s Energy practice. Her project experience ranges from corporate workplaces and campuses to healthcare and government facilities, ranging from 1,000 to 1,000,000-plus square feet. Catherine is based in Houston. Contact her at . 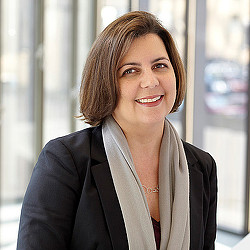 Full Bio All Posts
Jacqueline Salterio
Jacqueline is a Design Resilience Leader for Gensler's Energy practice with broad experience in workplace interiors for a variety of organizations in both the public and private sectors. Jacqueline is based in Houston. Contact her at .
Want more of Gensler’s design insights?
Sign up for our dialogue newsletters to get regular
updates sent directly to your inbox.
Follow us on Social Media