Design as an Innovation Super Power

An overused word and an underexplored practice


The word innovation continues to get thrown around. For the past decade at least, innovation has been a catch-all for that special sauce that gets companies to act first on the newest technologies and market opportunities. It’s considered the key to yet another buzzword: disruption. With the rules of startup culture in mind, businesses from big pharma to evolving finance have treated innovation as something they should aspire to. We find that when organizations particularly tell us they want to innovate, they usually mean they want design to be the hero by transforming their space. At first, they believe that their teams of experts will find a magic bullet inside war rooms, creative labs and collaboration spaces. But therein lies the gap: the expectation that innovation only comes about as a result of the right kind of space when there is so much more to it.


There’s been an uptick in the building of accelerators, incubators, innovation labs—all kinds of terms for spaces that are in support of innovation. We’ve been calling it an innovation frenzy. There are precedents, wacky ideas and benchmarks about how to foster innovation in the workplace , but it’s important to look at what you’re trying to accomplish and what’s the best means to get you there.

Just as an example, we gathered some research about things that people are doing to spark innovation in the workplace and collected examples of over 60 unique physical interventions. We mapped them across a spectrum from the most direct, like an Einstein Room that screams “you will be a genius when you are in here,” to more indirect interventions, like bringing in views of nature so employees will have fresher thinking. Our biggest finding was that it is not just the physical dimension that leads to success, but (obviously) the people, culture and processes that take place there.

So, what design super powers are needed for innovation?


Let’s flip the switch just a little and stop talking about innovation and start talking about InnovaTORS, because ultimately, we’re designing for people. Starting with people and their unique skills and perspectives, we’ve found that high-performing teams tasked with innovation find success not only through intense focus, but through commitment to each other.

When a person plays a distinct part, they inhabit and perform a set of behaviors that come most naturally to them. When acting as part of an innovation team, technical skill sets matter, but alignment of diverse social skills, workstyle preferences and conversation style is crucial. Teams need design to help them articulate where they fit in the innovation process, and where they can best contribute. Wearing the right hat can make for a successful outcome because the right talent is in the right place.

When Gensler designed Airbnb’s headquarters in San Francisco, the company’s founders insisted that the design team embed itself in the company for a period of four months. As Kursty Groves and Oliver Marlow describe in their book, Spaces for Innovation – The Design and Science of Inspiring Environments, the design team, tasked with creating “the most creative place on earth,” internalized the role of “Airbnb employee” in order to better understand the organization’s creative process and then deliver a space designed to facilitate the needs of the collective.

Let’s think beyond spaces like messy zones, inspiration rooms or brainstorm annexes. It’s not the tables and chairs that bring about innovation — it’s what you do with them that counts. Designing a home for innovation also means creating the right culture. Organizational tools facilitate innovation behaviors: like “no meeting zones” or “five minute max rooms” or ensuring “equal seats at the table.” It’s also about developing language, rituals and adding a layer of myth-making that allows people to collaborate in a space that is separate enough from their day-to-day. In their book, Whiplash: How to Survive Our Faster Future, MIT Media Lab director Joi Ito and coauthor Jeff Howe put it this way: “think mythology, not mission.”

Space exists to prompt this culture — it aids in triggering the right kind of conversation and the right rituals. When they act as part of a balanced equation, the results can be beautiful. What can be ugly is when you’ve got the space, but you totally are missing the mark on culture. Think of cafes sitting empty due to the stigmas attached to collaborative workstyles amongst a “work at your desk” crowd. Innovation is about creating a unique subculture — it’s a combination of events, methods, words, emails, music and food.


Designers have this amazing ability to create clarity and order to solve problems through creative thinking. At the individual level, what is called creativity comes about when ideas ricochet up and down the neocortex, connecting ideas and sensory messages until inspiration strikes and those signals shoot up to the frontal lobe, the place where the cognitive functions of narrative and planning take control of all those neural connections. Innovation comes from the creative process of recombinatory iteration—the act of combining things over and over again in different ways.

On an organizational level, innovation functions based on social creativity—where the information flows across people as it does in the brain, but is perceived through and influenced by the unique modes of thought and experience of heterogeneous groups and teams. Together, they recombine initial ideas, iteratively. That’s what we call social creativity, and it’s deeply dependent on diversity of thought, background and skill set. Getting that process to come about requires a bit of alchemy—casual collisions arising out of entropy are not necessarily as productive as everyone leads us to believe. It’s about facilitating those interactions among the right team in order to build a collective point of view, create solidarity and allow for new ideas to emerge through a brand new process.


Innovation is not a slide in someone’s office, a part of someone’s title or a top-down initiative. Innovation is experiential, cultural, and most of all, it takes practice. These go hand in hand. It can’t be mandated, but it can be undertaken with intention, rigor, discipline, and importantly, design. While it’s okay for there to be lightness around the topic (the goal is to stop talking, start doing, get sh*t done and have some fun) it should always lead into uncharted territory. Innovation heroes embarking on this journey should be prepared for things to get a little dangerous, but armed with the right design tools, they can have the super powers to unlock new value in actionable and impactful ways. 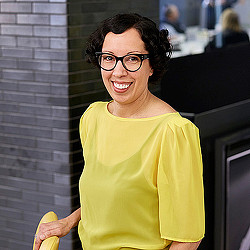 Full Bio All Posts
Amanda Ramos
As an innovation director and the founder of Gensler’s Innovation team, primarily focused on working with leaders to develop inclusive, social innovation platforms. With nearly 20 years of experience, she has developed organizational programs, campus master plans, workplace prototypes, innovation adoption campaigns, and change accelerators across virtually every industry, from nonprofit organizations to Fortune 500 companies. She is based in New York. Contact her at . 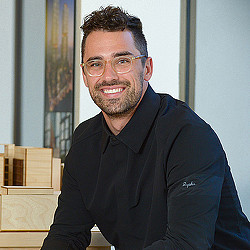 Full Bio All Posts
Jacob Simons
Jacob is a Strategy Leader for Gensler’s Northwest region and co-leads the delivery of Innovation Consulting services at Gensler. As a Strategy Director based in our Seattle office, he provides leadership on strategic engagements with clients and internal design teams to identify, develop, and deploy new products, spaces, brands, and experiences, working across multiple studios and practices. Contact him at .