We sat down with Todd Heiser, Co-Managing Director for Gensler’s Chicago office, and Michael Townsend, Design Resilience Leader for the firm’s Mixed Use & Retail Centers practice and a Design Director based in Chicago, to talk about the adaptive reuse and renovation of Willis Tower, formerly known as the Sears Tower and one of the world’s tallest buildings.

In 2022, Willis Tower was recognized as a Winner of AIA Chicago's prestigious Design Excellence Awards.

What was the initial design intent behind renovating this iconic skyscraper and transforming it into a vibrant, mixed-use destination?

Michael Townsend: The big driver for this project was to expand the offering beyond office space and a single tourist attraction. So much of our work was about diversifying the retail, amenities, meeting facilities, and outdoor space. So, it was about rounding out the offerings and making it attractive to more than just the workers and tourists but also to Chicago residents. There’s incredible food & beverage, there’s world-class public art program, there’s a public park on the roof — all giving new people a reason to go there, and to stay there longer.

Todd Heiser: We’ve spent so much of the last 10 years asking ourselves, “What does the future of work look like?” This project was initially created for Sears, with dozens of floors stacked on top of each other with few amenities, a sea of desks, conference rooms, and offices that didn’t appropriately reflect the way that we work now. People were not using computers and cell phones, everything was hardwired, and much of business was done in an analog fashion. This project was about making Willis Tower relevant. The highest form of resilience that we can participate in in our cities is making these great buildings useful again. So, for me, that was about creating a district in the city and creating a building that was about not work, but life.

The highest form of resilience that we can participate in in our cities is making these great buildings useful again. So, for me, that was about creating a district in the city and creating a building that was about not work, but life.
—Todd Heiser, co-managing director, Gensler Chicago

Why was it important to not only breathe new life into the iconic structure, but to also reenergize the surrounding neighborhood?

MT: Over the last 50 years, our understanding of what makes downtown successful has changed drastically. There’s a reciprocal relationship with our neighbors. It’s not Willis Tower by itself — it’s also how we can make our neighbors better, how we can make the streetscape better, how we can make commuters’ experiences better, and it all contributes to the value of the building, but also the elevation of everything around this project. There’s a lot of potential for growth and redevelopment in this part of the Loop, and we saw this as a catalyst, the first step in reenvisioning that area.

TH: High rises or downtown areas were not always inclusive places. Maybe 10 years ago, many owners didn’t want seating in their lobbies, they didn't want a hospitality experience, because post-9/11, buildings had to activate protocols to make the building secure. One big shift is that we think about cities as porous now. We see people wanting to move through buildings, and use amenities, and be invited into the building’s community in a much different way.


How will the transformation of the tower’s podium activate new experiences for tenants, residents, and tourists?

TH: What a tourist is looking for is very different than what an office tenant is looking for. So, it’s important to create distinct experiences and study the path that users take. We spent a lot of time strategically understanding the psychology of the building. The team really thought about user journeys and distinct experiences. So, when Urbanspace opens later this year, there’s a series of amenities that are very Chicago-based. There may be something familiar and something new that surprises and delights people who walk into that building every day.

MT: There’s a sense of pride about this building, and like any historic repositioning, it pays to recognize the brand equity that’s inherent to the project that you inherit, but also look forward, because this is about reinventing a 50-year-old building for the next 50 years. So, you’re trying to celebrate the history of the building, while also taking it to the next level and offering something that did not exist before.

This is about reinventing a 50-year-old building for the next 50 years. So, you’re trying to celebrate the history of the building, while also taking it to the next level and offering something that did not exist before.
—Michael Townsend, design director, Gensler Chicago

Why was adaptive reuse a critical sustainable design strategy?

MT: The reuse of buildings must be a central tool in our toolkit for reducing our carbon footprint. Essentially, our buildings are 50% of the energy use in the U.S., and a huge chunk of that is just the making of buildings, so by cutting that out of the equation, it puts you on the right path from day one.

TH: We really tried to make sustainable choices. For example, we left all the existing travertine in the base of the building. We cleaned it and filled it. I think that what you leave is as important as what you add, and it was important to ask ourselves, “What did they want to create in the 70s when this building was done, and what is a material that is timeless that could be here forever?”

Another part of sustainability is thinking about access to light and views, green roofs, and high-performance glass systems that clearly speak to thermal comfort, and the health and wellness of people using the building.


How are these repositioning projects part of a larger trend in revitalizing and unlocking new value in historic buildings?

TH: For cities that have a diversity of architecture — something old and something new — that creates an experience that is unique and varied and reminds us that we’re only here for a finite period of time. That’s what cities are about. They have a legacy that often transcends us.

MT: These are community legacy projects for the hundreds of people who touch this building — whether the craftsmen, consultants, or the client — that extends much further than our immediate vicinity. The history and legacy of these buildings in our downtown cores is something we should celebrate and reinvent. 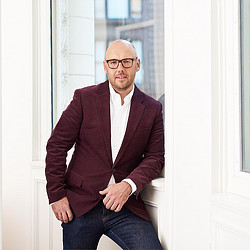 Full Bio All Posts
Todd Heiser
Todd is a Co-Managing Director of Gensler’s Chicago office. His leadership showcases more than 20 years of experience in next-generation design at the cutting edge of workplace strategies, and his commitment to conceptual and technical development transforms spaces for clients around the globe. Contact him at . 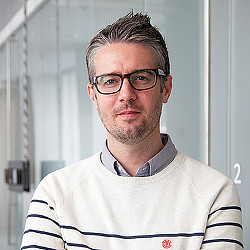 Full Bio All Posts
Michael Townsend
As Design Resilience Leader for the firm’s Mixed Use & Retail Centers practice, Michael helps a variety of clients envision vibrant developments and communities, balancing forward-thinking creativity with a foundation of informed strategy. Michael has been instrumental in the success of a diverse array of projects — both globally and hyper-locally — over the past 15 years. He is based in Chicago. Contact him at .
Want more of Gensler’s design insights?
Sign up for our dialogue newsletters to get regular
updates sent directly to your inbox.
Follow us on Social Media