The Rise and Fall of the Corner Office: Does Status Still Matter in Workplace Design?

A brief history of status markers in the office

For generations of office workers, starting in the post-war 1950s and through the early 2000s, the location, size, and features of ones’ office communicated rank and thus organizational and social status. In that era, every employee was assigned a workspace which was essentially “owned” by that person. Thus, the individual workspace was closely identified with the person, reflecting their position within the organization, much in the way the selection of an automobile can serve to reflect status.

Most planning models reinforced a visual hierarchy with rank-and-file workers in cubicles in the middle of the floorplan (furthest from daylight and windows) with more senior employees in enclosed or private offices along the perimeter of the building. Further, the most senior employees often had a buffer zone adjacent to their office, and an administrative person blocking physical access with their workstation. These people had attained “the corner office” — a phrase that became synonymous with success and status.

In the 1980s, a time before many of today’s office workers were born, considerable research was focused on understanding how the workplace communicates employees’ role and status within the organization. This was driven by an influential idea called “congruence theory,” suggesting that the greatest driver of workplace satisfaction was the degree to which people felt their workspace accurately reflected their status. In this era, the top status markers for individual workspaces (roughly in order of importance) were size of office space, privileged location (like corner office), high-quality furnishings, controlled access to workspace, quality of technology, and ability to display personal items. The degree of effort applied to understand status markers in this earlier era would astonish business leaders and workplace designers today.

Why was reflected status so important? Besides the belief that accurately reflecting status through workplace design was related to better job satisfaction, there was an underlying rationale for the importance of this idea. In the mid-20th century, most businesses were organized using a hierarchical design, with a top-down management structure (imagine a pyramid). This model emerged in the years after WWII. People coming out of the war experienced the efficiency and success of the command-and-control model in which decisions were made at the top, communicated to the ranks by middle managers, and executed by the workers. Top-down communication was facilitated by service members’ uniforms insignias and medals, removing any ambiguity about who to take orders from and communicating a clear chain of command.

After the war, the GI Bill sent many veterans to college, subsequently creating a large new class of professional office workers. Many executives had been leaders in the military. They brought their ideas about successful management as they returned to the world of work. Not surprisingly, most management was “top-down” with decisions coming from the top. Decisions coming from a single point required clear, linear communication; and status markers (such as floorplan layout and workspace features and design) helped employees understand role and positional authority, thus facilitating communication. As a side effect, these markers also transmitted social and organizational status.

More recently, we saw a shift to organizational status markers.

As time passed, individual status markers outlived their original intent. More recently, in the 2010s, the means of reflecting organizational status appears to have shifted away from features intended to reflect an individual’s status, and towards the overall office and broadly shared features that communicate workforce status. This shift was initially most apparent in the tech industry, with organization-wide conveniences and features: cafes serving custom dishes 24/7, specialized “meditation spaces,” gaming rooms/areas, bars, exercise facilities, ball-pits, adult-sized slides, ping-pong tables, super-sized big wheels, and other markers that overtly signaled the business and financial success of the organization and by proxy, its employees.

Today’s status indicators have shifted from physical features to office resources and capabilities.

As we learned, status markers started as a tool to facilitate communication, and evolved to signaling individual social status and finally to reflecting a shared organizational status. Today, most organizations are flat or matrixed in design, work is a mix of focus and group- or team-based activities, and technology facilitates organizational communication in a wide variety of effective and efficient ways. Our research shows that today the proportion of workers using unassigned workspace has doubled since pre-pandemic to 19%, and many engage in some form of hybrid work. Thus, the ability (if not need) to communicate rank and status through workplace design is seemingly diminished. Moreover, effective managers lead through “soft power,” social and leadership skills, rather than positional rank reinforced by status cues, which compel workers to follow orders.

Gensler’s 2022 U.S. Workplace Survey of 2,000 U.S. workers showed that the most important reason to come into the office is to “to focus on my work.” In a sense, this is an assessment of the quality of a resource that the office offers, the ability to help people get their work done. Coming to work to play ping-pong appears to be less of a priority than in the past. The study showed that ability to “focus on my work” is closely followed in importance by “access to technology.” And “access to resources” was in the top four issues. Since technology and work process are almost inseparably entwined this is not a total surprise. Technology is a specific resource that the office setting can provide. And resources can include “hard” resources, such as technology, and “soft” resources, such as social and professional networks — both of which help us get work done.

Could resource status markers attract people back to the office?

While this current research did not directly investigate workplace status markers, this brief history has traced a generational shift away from physical features that connoted individual status during the era of the Silent and Baby Boomer generations, to features that featured a more communitarian approach by signaling organizational status (peaking during the Gen X and early Millennial generations) and today to the quality of resources provided by the workplace, promoting the ability to get work done (Millennials and Gen Z).

The importance of such practical resources may be signaling a transition to a more sober view of work, spurred in part by the headwind of a looming recession, and is a far cry from the slides, ball-pits, and ping-pong tables that served as status markers in the mid-2010s. Since sense of social status has been in the past related to employee engagement and job satisfaction, it could be interesting to revisit the idea for the post-pandemic office world. Perhaps the role of the workplace as a resource to get work done, and more broadly as an experience, could bolster workforce pride for workers in themselves and sense of social status, which could potentially be another tool to attract people back to the office. 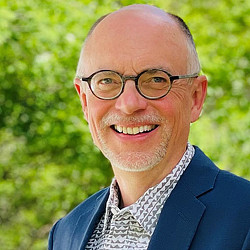 All Posts
Michael O'Neill
Dr. Mike leads Data Science Research for the Gensler Research Institute. His long-time research area is understanding the intersection between workplace design and employee stress, well-being, and performance. He has decades of experience in research leadership roles within the commercial office furnishings industry, consulting for Fortune 1000 clients and leading content development. Mike is based in Austin, Texas. Contact him at Mike_O'Neill@gensler.com.
Want more of Gensler’s design insights?
Sign up for our dialogue newsletters to get regular
updates sent directly to your inbox.
Follow us on Social Media