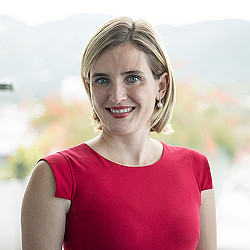 Full Bio All Posts
Christine Durman
As Co-Managing Director of Gensler’s San José, Costa Rica office, Christine is a vibrant liaison for our clients, providing guidance and advice with customized solutions that support their business goals. Understanding and embracing our client needs has led her to evolve successful project work into long-lasting client relationships for the region. Contact her at .
Want more of Gensler’s design insights?
Sign up for our dialogue newsletters to get regular
updates sent directly to your inbox.
Follow us on Social Media