By Robert A. Peck 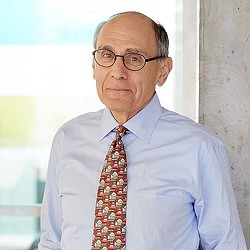 Full Bio All Posts
Robert A. Peck
Bob co-leads Gensler's Government & Defense practice. An attorney by training, Bob served two terms as national head of the U.S. General Services Administration’s Public Buildings Service and was a US Army Reserve Special Forces Officer. Bob is based in Washington, D.C. Contact him at .
Want more of Gensler’s design insights?
Sign up for our dialogue newsletters to get regular
updates sent directly to your inbox.
Follow us on Social Media