It’s a pivotal time for infrastructure investment. With 820,000 daily riders and more than 2,100 trains, the Northeast Corridor (NEC) supports the economic might of the United States. While New York City has historically been the center of gravity in the context of national infrastructure conversations, investing in the NEC — the heaviest traveled rail corridor in North America — could, in turn, unlock the east coast’s full potential.

With 10.8 million riders per year at pre-COVID levels, New York City has continued to be a focal point for improvements to rider experience and expansions of service capacity, especially with the recent opening of the Moynihan Train Hall and the recent environmental approval of the Hudson River tunnels.

The Big Apple still garners the public view, and rightly so. But the spotlight has broadened lately. There are other exciting and critical projects moving forward on what is now known as the Northeast Corridor’s South End. Generally considered to encompass Maryland through Virginia, this stretch contains some of the corridor’s boldest station ideas and biggest capacity needs.

In the District, for example, the long-term expansion of Washington Union Station continues to advance through the environmental process with a Final Environmental Impact Statement expected in 2022. With the proper funding, projects like this could enable the South End to lead the way in redefining east coast rail travel.

The South End is rethinking the rider experience

Of the several high-profile projects that will help drive better train travel experiences on the NEC, the most transformative may be Amtrak’s partnership with Penn Station Partners to expand Baltimore Penn Station. The expansion has a multimodal focus that includes connections to CityLink buses, shuttles to nearby institutions such as Johns Hopkins, a reorganized taxi and rideshare pick up and drop off, as well as bicycle and scooter docking.

As a central hub for Amtrak and MARC commuter trains in addition to Baltimore Light Rail, the expanded station will heighten the intercity and daily commuter experience originating in Baltimore, the eighth busiest rail station in the Amtrak system. The design also revitalizes the historic headhouse (which is currently mostly vacant) with the addition of new retail and amenities, and boasts the first Metropolitan Lounge for premium Amtrak riders.

Conceived through a rigorous process of community engagement, the station design has an intentional porosity that encourages people in the surrounding neighborhood to use the building and plazas as thoroughfares. The station used to have two entrances, but will boast five. One need not have a ticket to pass through; this is a place for the community to be welcomed and take full ownership of the public realm. 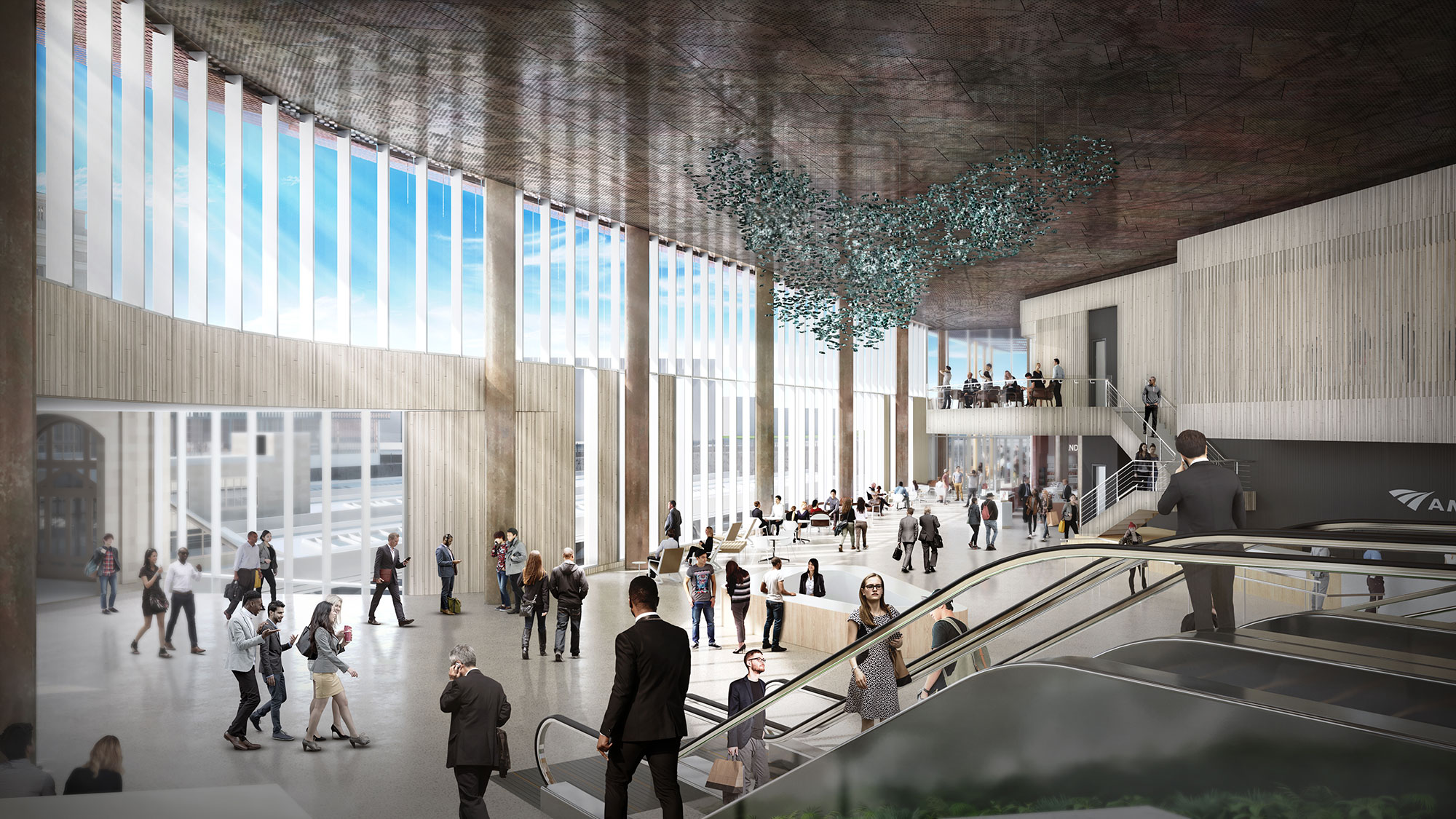 Another joint development effort being led by WMATA and their developer partner Urban Atlantic will redefine New Carrollton station, an historically underutilized station between Washington, D.C. and Baltimore. It’s a project with resonance for the entire region, which will make this station a true multimodal destination on the Northeast Corridor. With the station area already planned to be Prince George’s County’s central employment center, the economic impact of the development could be far-reaching.

Gensler is leading the design on a new expanded bus facility for local and regional buses as well reimagining the rail station interior experience for the Metrorail, MARC commuter train, and Amtrak riders. Additionally, WMATA is building its new Maryland Headquarters at the site, which is expected to bring hundreds of employees to New Carrollton daily. Gensler teamed with Urban Atlantic to design an urbanized town center that includes Metro’s future office building at New Carrollton. The plan adds two new building sites in front of the station creating a more attractive, walkable community connected by one of the region's largest transit hubs with access to Metro, Amtrak, MARC, Greyhound, and the MTA Purple Line.

Coupling these projects with the Greater Washington Partnership’s initiative to expand regional rail and related employment and housing opportunities in the Washington and Baltimore area, on which Gensler was engaged as an early consultant, the result could be a seamless NEC, from north to south.

It’s a critical moment for infrastructure

The benefits I’ve outlined rely on sufficient investment in the South End’s infrastructure. Like the New York region, the South End suffers from aging bridges and tunnels that both limit capacity and raise more serious concerns due to structural deterioration. A key player here is the Baltimore and Potomac (B&P) Tunnel, a train tunnel originally constructed in 1873, which Amtrak and Maryland recently announced they’ll partner to replace with a new Frederick Douglass Tunnel. Because of its vintage, the existing tunnel fails to meet current capacity and reliability needs, a problem that needs to be addressed if expansion of rail traffic is to be realized.

On the topic, Jeff Ensor, senior director of portfolio management at Amtrak, notes that “replacing the B&P is a critical lynchpin in expanding not only rail service on the South End of the NEC, but also in supporting additional service to major destinations like New York City and Boston.” A rising tide lifts all boats, and the northeast region has a great deal to gain from increased capacity down south.

Similarly, Long Bridge over the Potomac River in Washington, D.C., dating back to 1808, is the only rail crossing of the Potomac River from the NEC. With the Commonwealth of Virginia looking to expand both intercity and commuter service from the NEC to points south, this bridge must be expanded to support additional capacity. Beyond capacity demands, these projects represent a critical resilience factor for the NEC. Relaying on constrained, aging infrastructure puts service at risk if the region lacks ways to keep trains running should disruptions occur.

As the infrastructure funding debate continues at the federal level, it is critical to keep the entirety of the NEC in mind. There is no question that the New York region remains critical for east coast rail travel. But many of the exciting and critical projects occurring on the South End deserve attention and investment in their own right. Unlocking that investment could make the NEC a truly interconnected system, one that could help realize the east coast’s full potential. 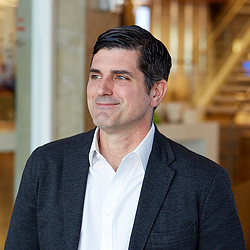