Mixed Use, Public Space, and the Future of Central Business Districts

Even before the COVID-19 pandemic in early 2020, North Texas was a top destination for internal migration. People from across the U.S. have been drawn to the region by new job prospects, lower costs of living, and relatively higher quality of life.

In a one-year period between July 2020 and July 2021, the Dallas-Fort Worth (DFW) population grew by nearly 100,000. However, these gains have been concentrated mostly in sprawling suburban areas, with Dallas County (which contains the City of Dallas proper) seeing a net decline in residents. With this influx of people to the suburbs, and remote and hybrid work landscapes here to stay, the question becomes: how do Central Business Districts (CBDs) reinvent themselves to respond?

CBDS are — as their name implies — centralized districts, which now live in a decentralized world. Dallas’s CBD represents the core of the largest inland metropolitan area in the United States. It was built around commuting, overwhelmingly by personal automobile, in the second half of the 20th century. Like many cities in the southern U.S., the sheer amount of parking infrastructure created through urban renewal efforts to support mostly single-use CBDs, combined with the region’s hot climate, formed an unforgiving urban fabric in downtown.

In the past decade, an aging stock of primarily office buildings from the 80s created demand for new, contemporary space for offices. Modern efforts to grow the city also pushed for new city parks, residential, hospitality, and event venues to create an environment downtown to span beyond a 9-5 workday.

While office absorption has been above the national average in DFW in 2022, tenants are demanding new and amenitized space.

According to Q1 2022 office reports, Class-B offices in many Dallas submarkets have higher vacancy than their Class-A counterparts — showing a need to invest in adding or repositioning amenities in order to compete. The difficulty of committing these changes is the high and rising costs to retrofit, combined with inherently lower rents these properties can command. However, a dense CBD can be a remedy for this, by intrinsically providing these added benefits in the aggregate via the public realm.

What residents want from their CBDs

Gensler’s own research on downtowns and their residents help shed additional light on the important characteristics residents are wanting from cities and their CBDs. Gensler’s Fall 2021 City Pulse Survey 2021 examined 15 cities around the world to understand residents’ evolving relationships as the pandemic continues to unfold. Here are 3 considerations for reimagining the CBD to better meet residents’ needs:

Walkability and outdoor space are key for urban city dwellers and visitors, among activities in downtown. Whether it’s larger city parks or privately owned public spaces, people want to be able to explore the environment, and residents of downtown cores want green space breaks away from the buildings lining downtown streets. Aside from their value to the individual, parks and green space generate value to the properties surrounding them through programming and activation.


2. Recalibrate the CBD to be more than just a working destination.

People want more from their CBDs than just workplaces, they desire a mix of restaurants, shopping districts, and entertainment venues. Considering the role and advantages of the Dallas CBD in the context of the larger metroplex, understanding the needs of both downtown residents and visitors from the suburbs is required to create a balanced mix of offerings.

The concept of the 20-minute city, where residents can access many of their needs within 20 minutes of their home, serves as a guidepost on how to do this. Repositioning ground floors or portions of existing office buildings and parcels toward diverse retail offerings, and even creating more grocery and food supplies outlets, not only creates a more convenient and connected downtown community, but also serves as an incredible built-in amenity for visiting office workers.

While a visitor may have to commute for longer than 20 minutes to get downtown, collocating and making accessible all their needs eliminates the need to travel to additional locations. Downtown Dallas, then, can become a centralized hub based in a vibrant, urban neighborhood centered between the greater expanse of its surrounding suburban communities.

3. Establish a public realm that encourages interaction and exploration.

The aim for CBDs should be to generate an urban neighborhood that is equitably accessible and serves all residents of the city. The Forum of ancient Athens is a classic example of the common, public square, where people come not only to conduct business, but also mingle, converse, and generally connect.

Today’s digital era has altered what a public forum represents, but fundamentally continues to serve as a place of connection and exploration. The AT&T Discovery District in Downtown Dallas provides one such addition to the public realm. Establishing AT&T’s headquarters, the District is also a mixed-use destination, centered around a public plaza with immersive, media rich experiences.

Connecting urban amenities, immersive media experiences, and people themselves creates a catalytic and differentiating space for exploration and connection only achievable within a CBD.

As we look ahead, one thing is certain: for CBDs to be an attractive, compelling, and thriving destination for all they must be places that are flexible, provide multiple uses, and include a diverse collection of building types. Infusing more residential and pedestrian-oriented uses with more green space into downtown cores make them more inclusive, resilient, equitable, and healthy. 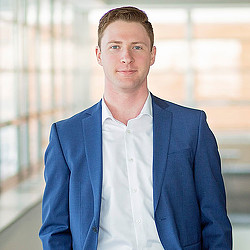 All Posts
Kevin Turner
As a Consulting Analyst with a background in architecture, real estate development, and marketing, Kevin's experience in various markets and practice areas has informed his holistic approach to designing experiences. Contact him at .
Want more of Gensler’s design insights?
Sign up for our dialogue newsletters to get regular
updates sent directly to your inbox.
Follow us on Social Media