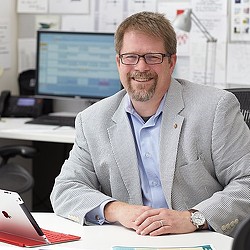 Full Bio All Posts
Rives Taylor
Rives co-directs Gensler’s global Design Resilience practice focused on sustainable design, and is the global Resilience lead for the Gensler Research Institute. He is a principal and a recognized global expert in resilient, high-performance, and sustainable design, and has served as a faculty member at Rice University and the University of Houston for 30 years. Rives is based in Houston. Contact him at .