Learning from the Pandemic to Create More Equitable Community Engagement

Community engagement is a critical interface between the government and its citizens — direct democracy in its purest form — where community members are given an opportunity to provide input on policies and decisions that specifically affect them. Well executed community engagement can truly shift a project and uncover new design opportunities.

For architects, designers, and planners, the in-person community engagement meeting allows us to understand the needs of the people most impacted by a project. By gathering input, thoughtfully deliberating options, and building consensus during the design process, a project team can create goodwill, acceptance, and even a sense of ownership in the community.

But, as the New York Times recently reported, the current pandemic has turned many long held community engagement best practices and expectations on their head, forcing interactions to move online, accelerating policy changes at lightning speeds, and deepening socio-economic inequities in the process.

At this critical inflection point, it’s important to step back and understand how these changes can be purposefully designed to create a more equitable community engagement process that gives previously marginalized residents an effective voice.

Through our recent work with the County of Santa Clara on an on-going project to develop a new vision for the Reid-Hillview Airport Site, we had to shift unexpectedly from a model of in-person engagement meetings to a virtual engagement platform. During this shift, we deliberated at length about how we design a revised engagement process that is more equitable and more inclusive. Similarly to the Oakland Slow Streets engagement referenced by the Times, our results point to greater diversity than our in-person engagement, although we found that we still have a ways to go.

The stakeholders in our project are divided and the site is contentious, with much of the surrounding area being economically disadvantaged relative to the rest of San Jose, having relatively less access to technology, and composed of many non-English speakers. This is juxtaposed with a vocal portion of the interested community focused on the history of the site as a place for private aviation and aviation education. The primary focus of our engagement was creating a platform that removed as many barriers to participation as possible, and then creatively promoted the event to typically difficult to reach community members.

Instead of a live “event,” we posted a recording and a survey to reach more people and provide access to the material for more time. Instead of dynamic participant feedback using a high-tech solution, we’ve kept the platform as simple and streamlined as possible, using a YouTube video and a simple survey, on the assumption that most people have access to a family member with a smart phone. Our hope was that community engagement that doesn’t require people to travel or be available at a specific time, is presented to them in their native language, and requires limited technical capabilities may reach more people than a live event. It wouldn’t favor the loudest voice in the room, as is often the case in open houses, and has the ability to provide a more equitable platform for input and feedback by a larger number of stakeholders.

Once our collateral was ready, we focused on building participation. Although the County posted email notifications and website updates, the word of mouth phone tree through community leaders proved most effective. Some of these leaders were skeptical of virtual community engagement and reviewing the content with them prior to publishing was an important way to get their feedback and eventual assistance with promotion. Time also proved critical. We had initially intended for the survey to be live for two weeks, and eventually extended it to four weeks, with the final numbers of participation more than tripling in those two additional weeks, and with most of those results being from the populations that we had feared being able to reach effectively.

At the end of the engagement, the results still skew disproportionately toward the aviation-focused community, and the racial make-up of the respondents still doesn’t mirror the racial makeup of the community adjacent to the site, although it’s closer than the previous in-person engagement. Ultimately, we’ve received excellent feedback from a broad group of community voices on the visioning work produced to date to inform next steps in the project.

While we were able to pivot our engagement in a way that created a more equitable platform for feedback and didn’t favor the loudest voices in the room, there is still much work to be done. At this time, when we are all divided by physical barriers, and urban planning interventions are being implemented at a blistering pace, these types of engagement can provide a great opportunity to strengthen social connections, building stronger, healthier, more viable communities. 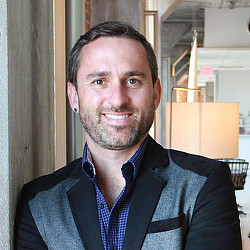 All Posts
Gray Dougherty
Gray is an architect and director of Gensler’s San Francisco Community Flex Studio, with more than 15 years of experience delivering program-driven projects for higher education and government clients. His expertise centers on facilitating stakeholder and community engagement to drive user-focused design solutions. He has completed numerous education and government master planning projects throughout California, including the master plan for the County of Santa Clara Civic Center, and is currently leading the design team for a new Student Success Center at City College of San Francisco. Gray is based in San Francisco. Contact him at .
Want more of Gensler’s design insights?
Sign up for our dialogue newsletters to get regular
updates sent directly to your inbox.
Follow us on Social Media